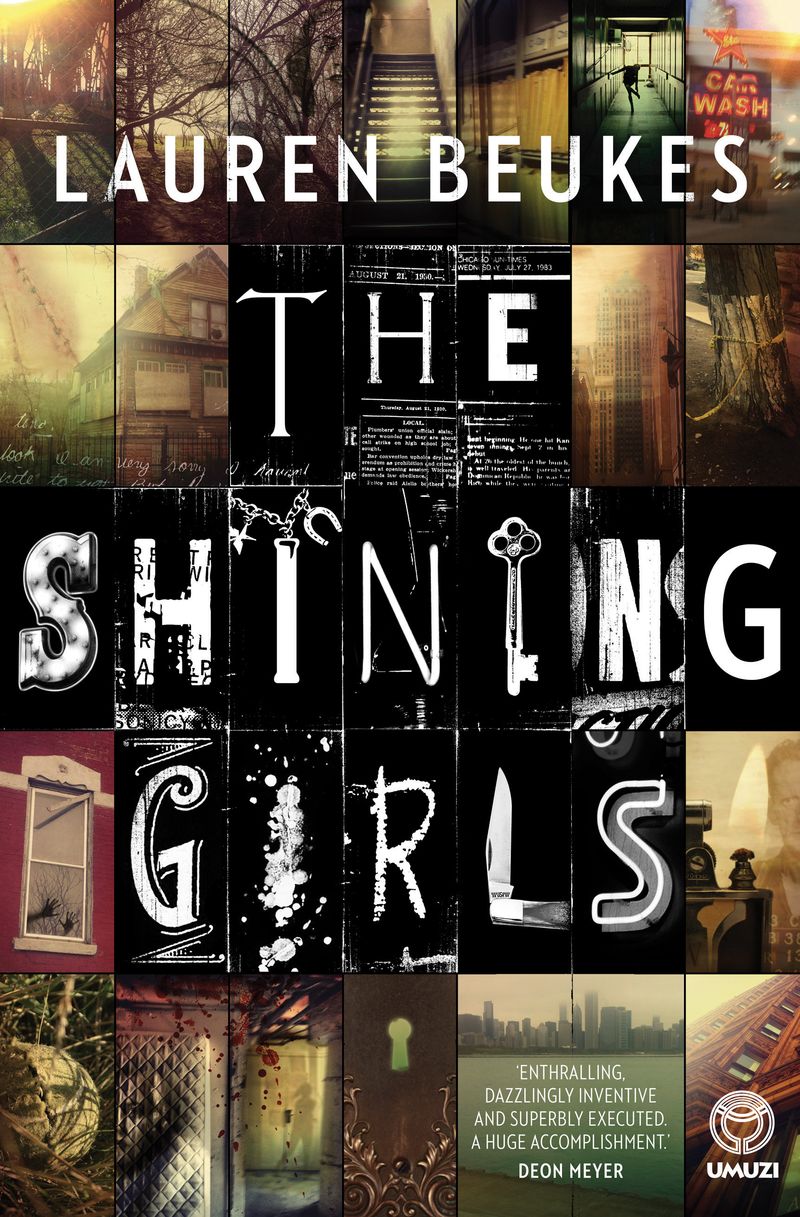 So, this just happened! The Shining Girls won the prestigious 2013 UJ literary prize.

The judges said: “This highly innovative novel blends time travel, serial killers, mystery and the evolution of Chicago in the 20th century, all within the framework of Beukes’s magical imaginings, rendered in beautifully constructed prose… Beukes’s foray into fresh themes and settings in her third novel sparkles with light and interest.”

Additional trivia: The University of Johannesburg logo was designed by none other than brilliant, super award-winning cover designer, Joey Hi-Fi, who also happens to have illustrated the covers for all the South African editions of my books, including the upcoming Broken Monsters.

In lovely news: Broken Monsters is up for The Shirley Jackson Award for best horror novel up against some very tough competition. The award is named for one of the most chilling horror writers  – Ms Jackson penned The Haunting of Hill House and We Have Always Lived In The Castle and it’s a huge […]

Broken Monsters has made the semi-finals for the GoodReads Choice Awards Best Horror along with fellow South African Sarah Lotz’s kickass plane-crash and creepy kids novel, The Three. If you’ve got a sec, please consider voting. Broken Monsters only made it to the semi-finals because people wrote in to request it – it wasn’t on […]

The Taser of Happiness

I’m really proud and excited that The Shining Girls has scooped three major awards across three genre categories. Mash-up for the win! Earlier this year, The Shining Girls won the prestigious South African literary award, The University of Johannesburg prize. Here’s what the judges had to say “The magic in the story lies in its […]

I’m very excited that The Shining Girls has been short-listed for the 2014 Sunday Times Fiction Prize, which goes to “a novel  of rare imagination and style, evocative, textured and a tale so compelling as to become an enduring landmark of contemporary fiction.” Chairperson Annari van der Merwe says: “This year’s shortlist contains an interesting mix of […]

I’m very happy that The Shining Girls has made the long-list for the Sunday Times Fiction Prize and even happier at the company it’s in. These are some very fine books by exceptionally talented writers. It’s a great snapshot of local literature right now across all genres and subject matter. If you’ve been […]